It was October 2013, two years had passed since I had left the family business in Lagos, Nigeria and moved to London, England to start my own oil trading company. My time in the family business, as a director in the telecoms division and upstream oil & gas company was challenging to say the least but engaging and ultimately rewarding. However, I have never felt comfortable with sitting back and getting a golden pass through life. Whilst the easy thing to do was to be a “good boy and good son” and enjoy all the luxuries of being in a family business – I decided that striking it out on my own once again was the best course of action.

I’ve always loved the oil & gas business, like many other Nigerians. However, what I love about the business, particularly the exploration and production (upstream) side, was the mixture of strategy, operational capability, technical know-how, politics and business acumen which all had to be married with a gambling spirit and sheer luck to be successful. In my decision to move to London, I decided I would only be in the oil & gas business as long as it didn’t pose a direct conflict to the family’s interests. There is striking it out on your own and then there is just being plain foolish. Luckily for me, I had stopped being foolish by then.

The modus operandi of my oil trading business was simple. I kept an office in Lagos with a small team of five to run operations and logistics. I converted one of the bedrooms in my townhouse in London into a study. My team in Lagos under my guidance would get oil trading contracts and I, sitting in London, would either market these contracts to the global oil trading houses to execute in Nigeria on a joint venture (JV) basis or in some instances, I would find the capital to execute the contract from end to end. This formula proved effective and it was good enough to pay my bills and afford me an above modest lifestyle.

One of the traits I took from my parents is that I am highly ambitious and find it hard to sit still. There always has to be a new conquest, a new mountain to climb, or, as is the case most times, a new business to go after. Oil trading was my day job but was never exciting to me except for when I got paid. After days and weeks in London plotting my next move, I came up with an idea and a plan. In the world of upstream oil & gas, especially in Africa, companies that were operators, actively producing oil & gas in commercial quantities that wanted to invest or participate in the oil business were the darlings of the industry. They were like the prettiest girl in high school and every guy wanted her to come to the prom with him.

Most of the oil producing nations in sub-Saharan Africa such as Nigeria, Angola, and Equatorial Guinea would always require any investor into oil & gas assets in their country to either be an oil & gas operator with production on stream or be partnered with an operator, deemed a “technical partner”. This logic makes sense. If you are going to buy prized national assets, you should have the know how to develop and operate them or at least be partnered with an entity that does. I decided that I was going to use a Trojan Horse strategy. I had read ancient Greek literature when I’d attended military academy in Texas and it served as inspiration. I would acquire an oil & gas operating company in Europe (the Trojan Horse), where the political barriers and costs to entry in comparison to Africa would be significantly lower. I would then use this newly acquired company, which would now be of Afro-European in heritage, to become a technical partner to many local and international investors in the upstream oil & gas business in Africa. This company would be the first of its kind and likely the most sought-after oil & gas company on the African continent because of its unique DNA and ownership. After thinking of this idea, I took myself out to a bar a few blocks from my house and ordered myself a nice strong drink. I felt like a genius. 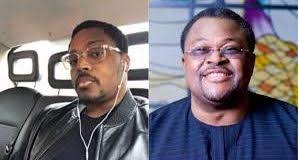 I registered a new upstream oil & gas investment company offshore and called it, The Catalan Corporation. The name didn’t really have a meaning, it just sounded nice and had a confident, stately demeanor to it. To keep costs at a minimum, I decided to put together an advisory board that consisted of Vance Querio, the COO of Addax Petroleum at the time and an industry professional and my mentor (who will remain nameless for good reason), one of Africa’s biggest business giants. Vance was all too happy to join and signed on quickly. I called my mentor and before signing on, he wanted a face to face meeting for me to explain my plan and ambitions for Catalan. He asked me to meet him in the early spring of 2014 at a health spa in a small Swiss village outside of Zurich. I have to admit the drive from Zurich to this little village tucked within the Swiss mountains still remains one of the most beautiful sights I have ever seen. The spring sun had begun to melt the snow on the mountains and in the distance; you could see the melting snow turn into giant waterfalls pouring off the mountains. It was like an oil painting come to life.

I eventually met with my mentor and after explaining my idea to him and that him being on my advisory board would not only give my burgeoning company credibility but help us raise cash, he agreed in totality and went further to tell me that I should tell anyone and everyone that he was not only on board but was going to give our company his full support. We drank some tea together and the next morning I was off back to London. My little plan for Africa oil & gas was coming together, finally put into action by two African men in a Swiss village. You couldn’t make this stuff up.

On the plane flying back to London from Zurich, even though I had just gotten my mentor on board, I felt that there was someone missing. A few years prior I was the spearhead of my family’s acquisition drive for OML 30 (this is another whole story in itself), one of Shell Nigeria’s most lucrative oil blocks that was up for sale, I met a brilliant English banker named Edgar. Edgar had more than 30 years of oil & gas operations and finance experience. He was respected by the industry on a global basis and having him on board would be the final piece in the puzzle, the icing on the cake. I called Edgar immediately I landed and asked if we could meet for lunch, my treat as always.

I pitched Catalan to Edgar and how if we pulled this off it would be the grandest of coups. Edgar was highly intrigued but stated that he wanted hard cash upfront from the onset. Whilst the others were all too eager to come on board and make their money via sweat equity or cash incentives when we had a target company in our sights, Edgar wanted to be paid money and a substantial amount before putting pen to paper. I was confused by his behavior. I told him who the others were that were on Catalan’s advisory board but he wasn’t having it, either he would be paid his princely sum to attach his name to Catalan or no deal. I was 29 at the time and was still head-strong and prideful. How could this guy develop such an attitude? I thought we were friends. I suppose Edgar knew his value and wasn’t going to mortgage it on a promise of monies at a later date. As much as he liked my Trojan Horse idea, he just happened to like money more. I balked at his request in annoyance. I paid for lunch, told him no way, and stormed off home. This was a big mistake on my part that would rear its ugly head later.

View all posts by Tentmakers Online